Hi,
Please can you consider adding more zones into Norley and Delamere Forest, Cheshire. The highest hit zone is NorleyStocks. We have just a few zones for 15 prolific turfers in an area. In the NW the zones in Delamere and Norley are consistently the 10 and often 20 highest taken zones in the region because we don't have many to go for in comparison to other areas in the NW region. Currently 6 turfers live in Norley and we have to cover 5km to get all 6 zones in Norley (not counting MarshyWood which is quite a way away all by itself but is shown on the map below). We've made suggestions via the app but I think maybe we need to post on here as well.
I've screen grabbed the Norley area map and annotated it with zone suggestions. Please can you consider adding some of them and maybe some that would connect Norley with Delamere Forest (there are quite a few in the forest but there is plenty of space for more). We are rural so the place for zones on roads compared to cities is tricky. We have a lot of bridleways and footpaths around us that zones could be on.
Thanks. 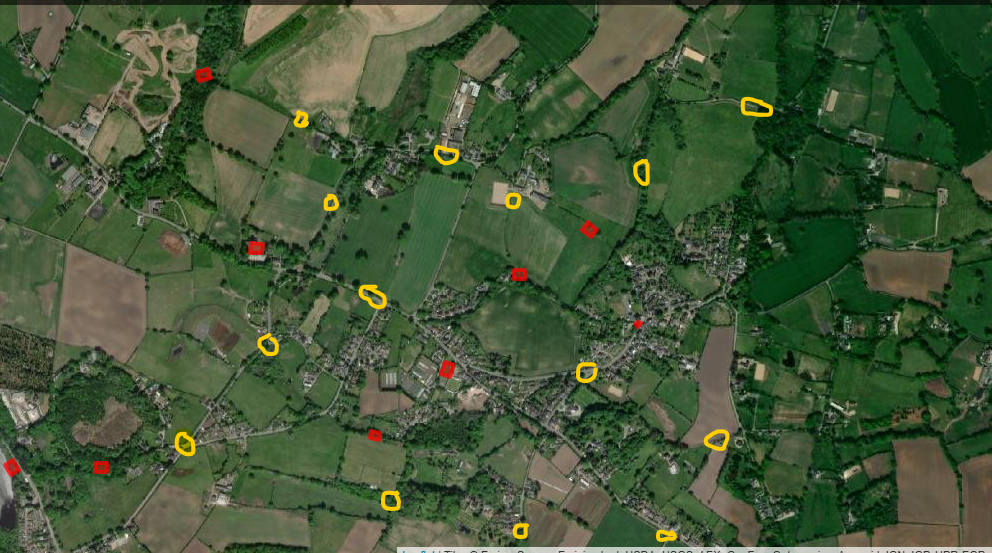 And maybe a couple more

Thanks for the new zones, I've had to raise issues with a couple of them, one was in a school playground and one is inaccessible. The one that was in the school has now been moved to Delamere Park which not many people go to, we could do with some more actually in Norley! Pingu made plenty of decent suggestions, Town Farm Lane out towards MarshyWood would be good and a some in the top corner of the field between Pytcheys and SledgingHill would be great (approx 53.251866, -2.648544).

Hopefully we have now sorted the issues