This is only for suggestions, NOT bugs.
Please report bugs in the issue-system.
Post Reply
19 posts

I have recently started using iOS in my work and of course I tried out the Turf application for iOS. Beside many of the missing functions that Android have, I noticed that the chat in the iOS application had a different structure (a better one in my opinion).

My suggestion is that Android receives this structure as well, what is your opinion?

Android layout
Text on the second line is placed beneath the nickname of the turfer who wrote the message.

iOS layout
Text on the second line align to the indent to the right of the turfer who wrote the message. 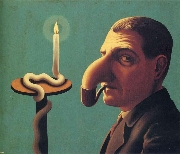 I am voting for the iOS, since I find it easier to keep track of who is saying what. Bit more structured to my eye and easier to follow when someone new is talking.
Top

Android. But the solution to the clutter is increased space between messages.
TurfWidget